Window World of Winchester Named National Store of the Year 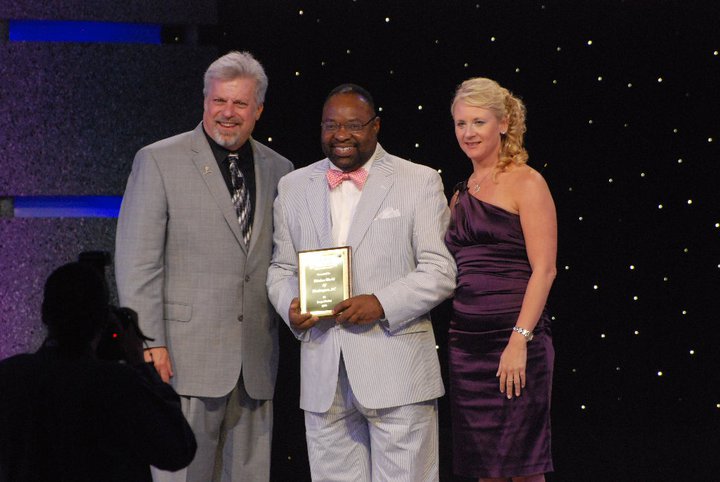 WASHINGTON, D.C. – Window World of Winchester has been named the 2011 Window World Store of the Year. This distinction, given by Window World, Inc.® to one store each year, was awarded to the Winchester location during the company’s annual national conference, the Window World Family Reunion, at the beginning of August. The store was chosen out of more than 200 locations nationwide to receive the award.

“This is an elite honor that is only bestowed on the best of the best,” said Greg Deathridge, President, CEO and co-owner of Window World of Winchester “We were overjoyed when we were called out as this year’s winning store. It was definitely an affirmation that all our hard work has paid off.”

Melinda Hawks, Chief Financial Officer and co-owner of Window World of Winchester, gives much of the credit for this award to their staff.

“The group of people we have working with us is the best we could ask for,” Hawks said. “They do so much for the store on a daily basis and we know that we wouldn’t be where we are today without them.”

The quality of Window World of Winchester’s sales staff shined during the Family Reunion when one Winchester employee was named the top performing sales person nationwide in both the entry doors and garage doors categories over a three month span.

Tammy Whitworth, chairman and CEO of Window World, Inc., has no doubt that the Store of the Year title is in the right hands.

“Greg, Melinda and their entire staff really understand what it means to be a part of the Window World Family,” Whitworth said. “They show this not only from a standpoint of their sales performance and unparalleled customer service, but also through their generosity and commitment to helping others in need. Their continued support of both the Veterans Airlift Command and St. Jude Children’s Research Hospital is remarkable.”

Prior to 2009, the Window World Store of the Year title was awarded to one location annually based solely on the number of windows sold during the previous year. In 2009, however, the format of the award was changed and the Store of the Year winner is now determined based on a number of criteria, including window sales and market share, corporate and community involvement, professional conduct and overall sales growth. One factor that helped Window World of Winchester win the honor was its sponsorship of a February mission for the Veterans Airlift Command, a non-profit organization that facilitates free air transportation to wounded warriors, veterans and their families.

Deathridge and Hawks opened the store in 2003 after hearing from other Window World store owners about the early success of the company.

“I knew after I heard other owners rave about Window World that I wanted to get involved,” Deathridge said. “We’ve grown so quickly since we opened and I know a large part of why we’re able to handle the volume we’ve reached is because of the continued support of other Window World owners.”

About Window World of Winchester:

Window World of Winchester is locally owned and operated by Greg Deathridge & Melinda Hawks. The store, located at 4116 J. Walney Road in Chantilly, Va., opened in 2003 and serves homeowners in Winchester and surrounding areas. To date, the store has completed more than 85,000 installations totaling over 200,000 windows in the Winchester area and is currently servicing more than 30,000 customers. For more information about Window World of Winchester, visit www.WindowWorldDC.com or call 703-378-7999.